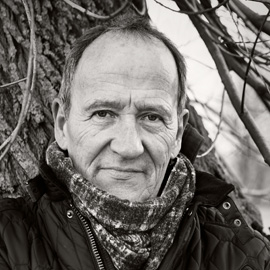 I favour commercial float glass for my work.
In earlier pieces I cut these into slats, in themselves slight changing form which I layered in a stainless steel profile or between stone, wood or coal. It resulted in light converging fields or blocks of clear or coloured glass as an interruption in a tumben, glass contrary material.Later I produced slim cases in which I stacked square, painted small glass slivers. Out of that the group of works, ‘Where the shark blows bubbles’ developed.These days I work predominantly within this area. With delicate brush strokes I paint or draw on single panes that, layered and glued, seemingly float in the glass creating three dimensional shapes. 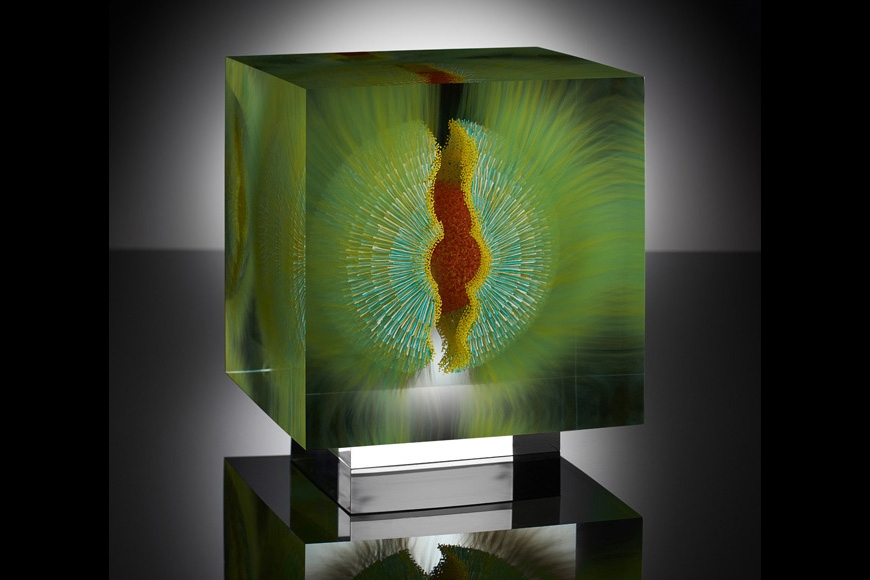